When we imagine Christmas, reindeer are a big part of that image. They pull Santa’s sleigh around the world to deliver presents to all the good children. Rudolph the red-nosed reindeer is one of the most beloved Christmas characters we have. But what is the reality of reindeer?

Reindeer, though more domesticated than their cousin the caribou, are one of the few semi-wild animals farmed by people. Due to their cold home in the far north, they have adapted to be the only deer with hair completely covering their body, including their nose, which is also specialized to heat the freezing air before it enters their lungs. They are ideally suited to more scarce conditions than most farmed animals, as they can survive on a diet of lichen. This has earned lichen the name ‘reindeer moss’.

From the tundra of Siberia, to the open expanses of Northern Canada, reindeer have long been prized for their meat, milk and hides. They are also used as beasts of burden, the origin of their fame for pulling Santa’s sleigh. But how are they farmed? 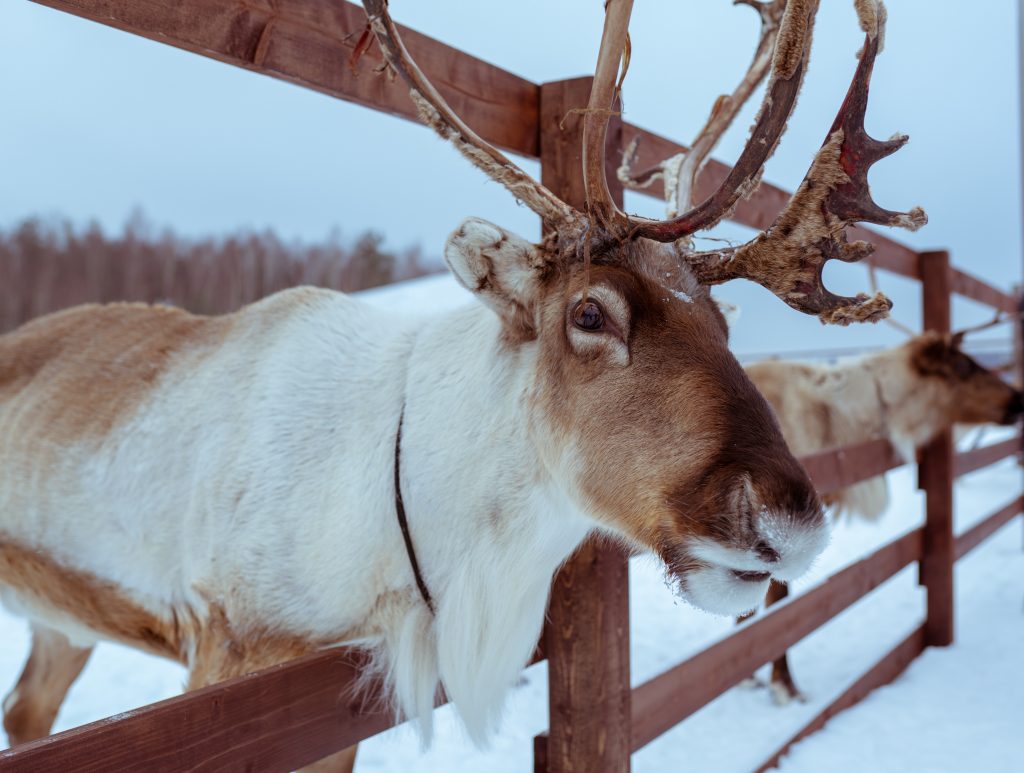 Keep them safe or let them go?

Reindeer farming can be either intensive or with minimum effort for the farmer, as a free-ranging herd. They can be raised around other animals, though in separate pens. As they can thrive on the food that other animals cannot, they are a great way to economically diversify a pastoral farm. This does require some food-sourcing, because they cannot find as much food as if they were free-roaming.

However, reindeer are most famous for being herded by nomads, such as the Sámi in Finland, or the Nenets in Siberia. These reindeer herders live with their animals all year round, but do not need to do much to care for their animals. The reindeer follow where their food is, which means that even the more sedentary reindeer can travel hundreds of miles in the winter. Their herders follow them, protecting them from predation as much as possible. 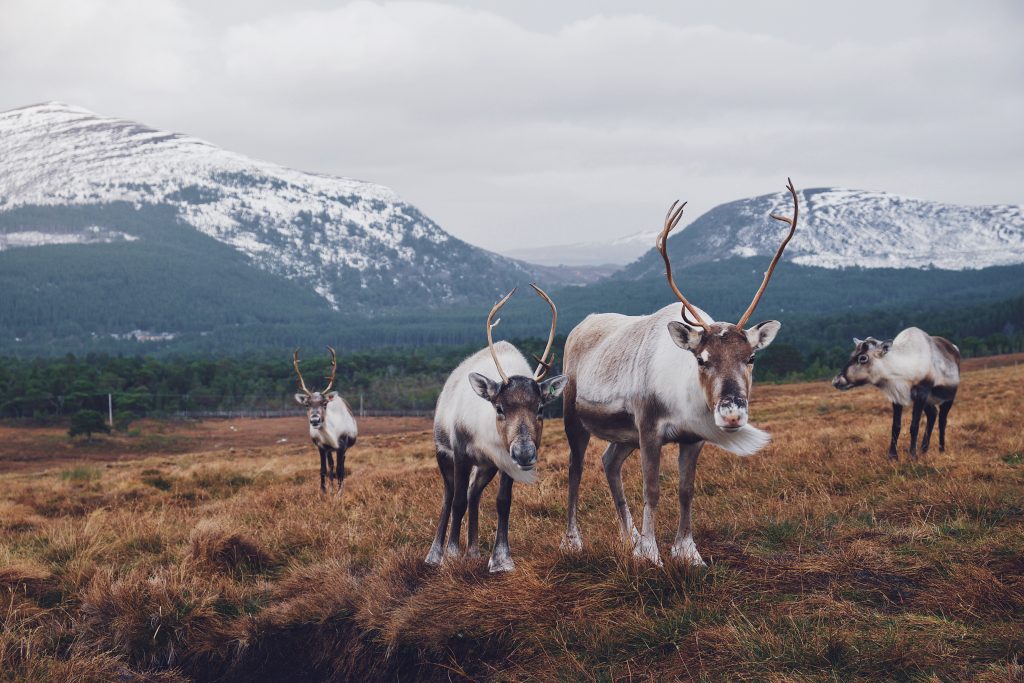 Although the last time wild reindeer wandered in the Scottish Highlands was 800 years ago, in 1952 Mikel Utsi and his wife Dr Ethel Lindgren decided to reintroduce the species into the Cairngorms National Park. During their honeymoon, they had noted the area’s similarity to Lapland. The now 150-strong herd is the only free-ranging herd in the UK, managed by Alan and Elizabeth Smith, who have both been involved with the herd since the early 80s.

They now seek to educate people about these amazing animals, giving out free information to any who ask and offering daily guided hill trips to see the reindeer. There is also an adoption scheme, with other 1000 supporters from both the UK and worldwide.

Of course, the reindeer are most in demand over the Christmas period. Young tame males are taken on tour for a couple of weeks a year, before being returned to their mountain home. They are trained during October to pull sleighs, and to be relaxed around people. Some even do work for film studios.

This Christmas, when you imagine Santa’s sleigh, drawn by his reindeer team, take some time to think about how incredible these animals are. Perfectly adapted for freezing cold, and one of the best low maintenance animals to farm. And if you would like to see these magical creatures wandering free, they are closer than you might think…