Farming has come a long way since the invention of the harrow, the earliest image of which appears on the Bayeux Tapestry. However, even after all that time the harrow has remained largely unchanged. Despite the development of mechanical counterparts to the harrow, it survives due to its easy maintenance and lower price. 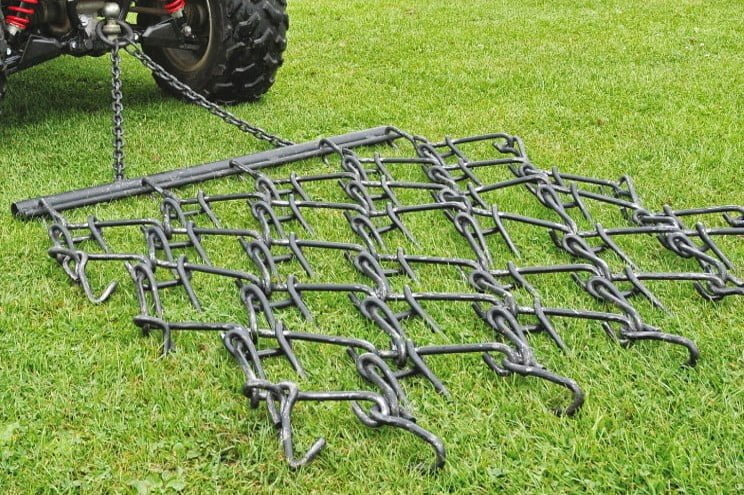 Harrows have three general types; disc harrows, chain-disc harrows, and tine harrows. The latter can be further divided into spring-tooth harrows, spike harrows, and drag harrows. In the past, all types were usually mounted to a beast of burden, such as horses or oxen. Now, of course, harrows are attached to tractors or, depending on the harrow’s size and fitting type, an ATV or 4×4 vehicle.

As the name would suggest, the disc harrow consists of a row, or rows, of discs set on a metal frame at an angle. These discs break up the soil as they are dragged through the soil. These are typically used for heavier tasks, and can be mounted on the offside. Chain-disc harrows work along the same line, but the discs are fitted to a heavy chain, instead of a metal frame.

Tine harrows have more variation. The spring-tooth harrow has several rows of relatively flexible tines spring-mounted to a metal frame. It is similar to the Winton Landscape Rake, but with more than one row of tines and more space between the tines. Spike harrows are a rigid metal frame with solid spikes.

The drag harrow, also known as a chain harrow, is a mesh made of tines. The William Hackett Drag Harrow has three positions, giving three different results. The tines give an aggressive harrow in their primary position, then they can be turned around for a slightly less vigorous harrow and finally a light harrowing when upturned. The William Hackett Framed Harrow works in much the same way, but its frame allows it to be more easily transported. 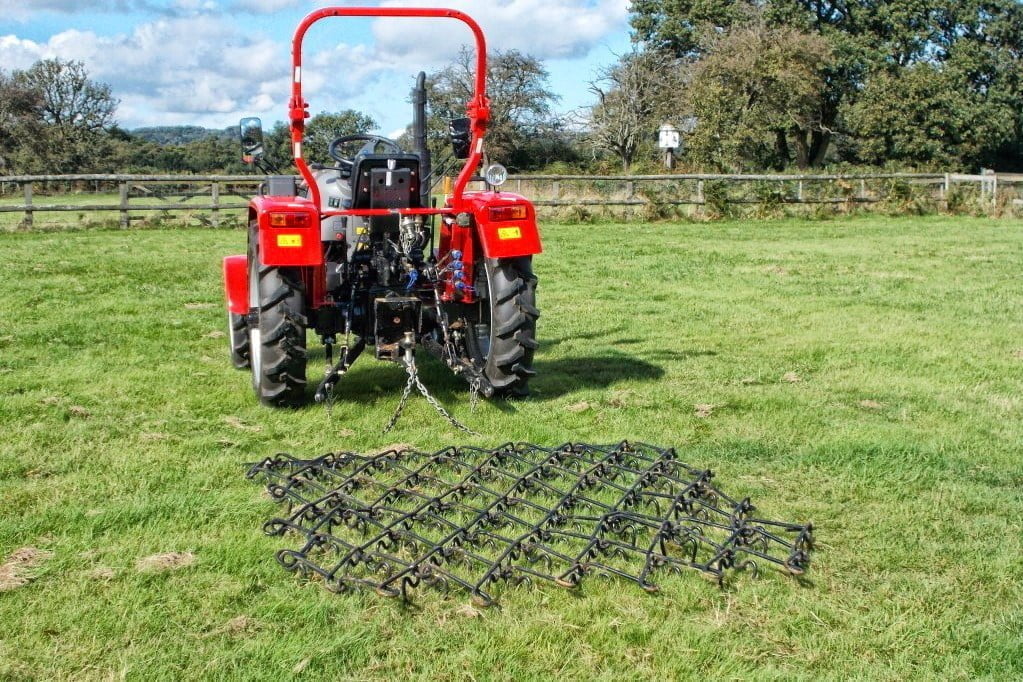 Depending on the strength of the harrowing, harrows have multiple uses. At its most vigorous, a harrow can remove unwanted plants from the ground, as well as aerating the soil. Weeds and even moss are easily torn from the ground. Aerating the soil means that it will be less dense or compacted, so roots can move more easily through the soil and water will drain better. This promotes healthier growth in the new plants in the soil.

With a medium strength harrowing, fertilisers such as manure and be spread quickly and with minimal effort. It can also loosen heavy lumps of dirt and break up any surface crusting. This ensures more even growth.

A light harrowing is ideal for seedbed raking and levelling the soil. Lumps such as molehills are easily flattened, and this need not be limited to soil. A harrow may also be used to maintain sand schools. After seeding, a harrow at its least vigorous can rake a loose layer of soil over the freshly sown seeds to provide some protection for the new growth.

Even though farming is unrecognisable to the era which birthed the harrow, this simple piece of equipment has survived through the ages. The harrow is the essence of ‘if it’s not broke, don’t fix it’.