What’s in a Name? Traditional Harrows and Power Harrows 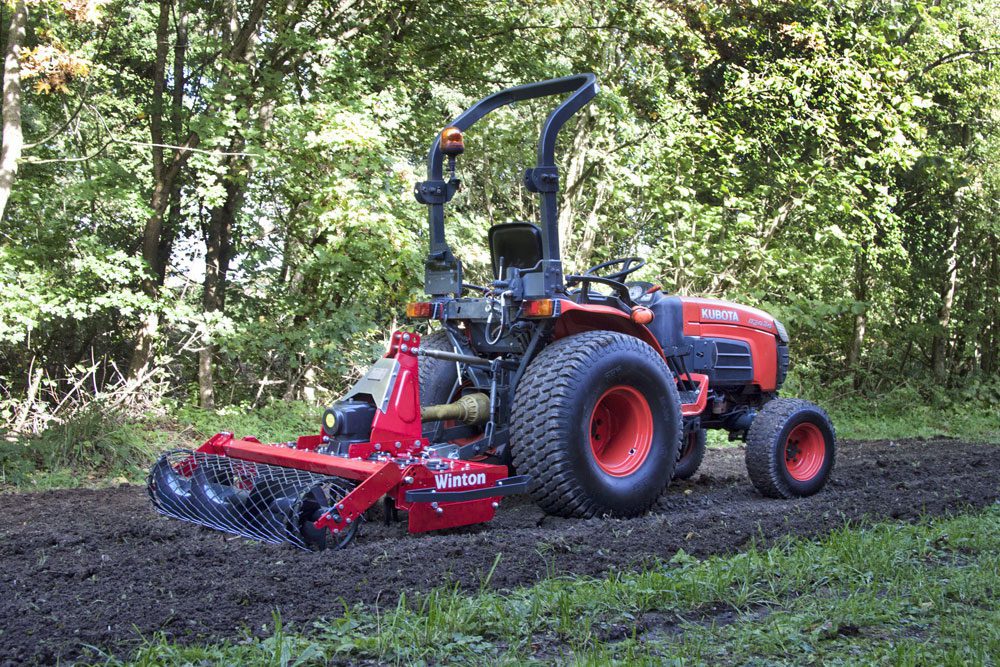 The Shape of Things

As suggested by the names, power harrows require power, whereas drag harrows can be dragged behind a tractor, or even an ATV or 4×4. The drag harrows available from Farm Tech Supplies, the William Hackett ranges of Drag Harrows and Framed Harrows, have 3-way tines for three levels of intensity of harrowing, namely aggressive, mild, or light. In contrast, the Winton Power Harrow, available from Farm Tech Supplies, has one setting, with a maximum tilling depth of 15cm. However, the roller behind the tines can be adjusted somewhat.

The power harrow is powered (as the name suggests) by a PTO and has blades/teeth which dig into the soil. The blades work down into the soil with what are best-described as rotating forks. This is unlike a traditional rotovator. This implement has a cylindrical rotor with lots of blades which act to turn the soil over. The power harrow blades breaks up the ground and leave the soil aerated.

The traditional harrow is not driven by PTO or hydraulics but towed behind a tractor or ATV. The tines are static and not forced down in to the ground so do not aggressively churn up the soil. You can use a harrow over a paddock even on its most aggressive setting and the grass will remain in place apart from a few bits of thatch pulled out and the tines digging in the soil a bit to give aeration. 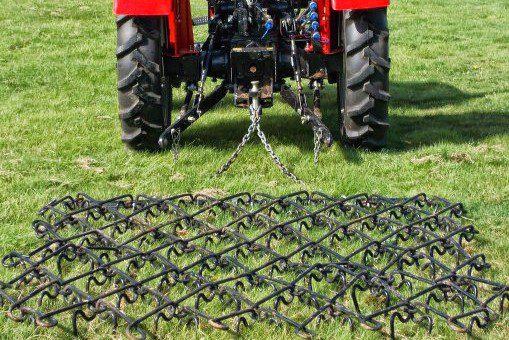 As mentioned in a previous blog, Rotovator, Power Harrow & Stone Burier.. What Is the Difference? the latter and the former function in a relatively similar way to a power harrow. All three can be used to churn up the soil, to make it ready for seeding. Unlike the stone burier, the power harrow is designed for grass-less and less stony soil. Its rear roller enables it to give a better finish than the rotovator. The tines sieve the soil for maximum aeration, which is then gently levelled by the roller. Power harrows are used on fields and vegetable gardens to prepare land for growing. Any grass and soil is cultivated.

Drag harrows have multiple uses depending on the strength of the harrowing. At its most aggressive setting, the drag harrow can remove unwanted interlopers, such as weeds and moss from the soil. At the same time, it aerates the soil for better drainage. On the medium setting, this type of harrow will spread manure and such quickly and evenly to best fertilise the soil, as well as breaking up surface crusting and clods. A light harrowing will flatten molehills and other lumps in the soil, but also areas like sand schools. At this setting, it can also protect freshly sown seeds by raking a loose layer of soil over them. Traditional harrows are an inexpensive tool for regular grass care on paddocks. They remove old thatch, level out any mole hills and can aerate the soil to aid grass growth.

Although the uses of harrows and power harrows are relatively similar, their subtle differences mean that one may be better than the other. This depends on the area that needs work, the work that needs doing, as well as the vehicle available to you to pull your attachment. Hopefully this blog can help you decide which is best for you!