If you’re looking for livestock to populate your smallholding, goats could be a great option. They’re fun, friendly and can be profitable, should you wish to sell their produce. You can even teach domestic goats tricks, such as to come when called! However, they’re a commitment not everyone is ready for…

These sweet creatures may be endearing, but they’re also surprisingly intelligent, which can make them a handful to rear. So, there are a few things to keep in mind if you’re contemplating getting a small herd of your own.

More than meets the eye 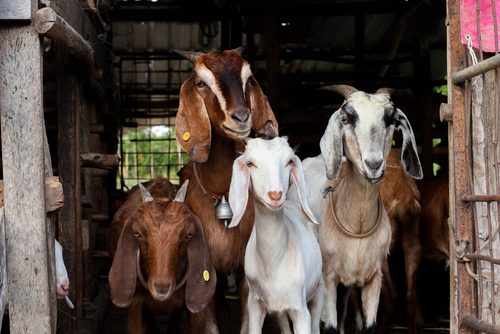 These inquisitive, spirited animals were one of the first species to be domesticated by humans around 10,000 years ago in Iran, preceded only by dogs.

Since then, they’ve become a consistent feature of civilisation worldwide and traded, trained, milked and bred for meat and cashmere wool. Even Abraham Lincoln loved goats, keeping two named Nanny and Nanko in the White House during his presidency!

With lifespans about as long as man’s best friend and incredible strength and balance, domesticated goats are found all over the world, living in all kinds of terrain. The milk they produce is the most consumed variety globally and is among the easiest for humans to digest due to its homogenised properties. So, even people with mild lactose intolerance may be able to drink it without adverse side effects.

Brace yourself for keeping goats

Known to be noisy and sometimes destructive, it’s worth considering if goats will make an appropriate addition to your neighbourhood. It’s a good idea to visit a local agricultural show to see healthy examples of different breeds and get advice from other goat farmers.

Despite having four stomachs, goats can be notoriously fussy eaters. They’re natural foragers, not grazers, and need more than just grass to sustain them. That means they’ll only require a minimal amount of bought-in food, but you should ensure there’ll be enough roughage for them to pick through. 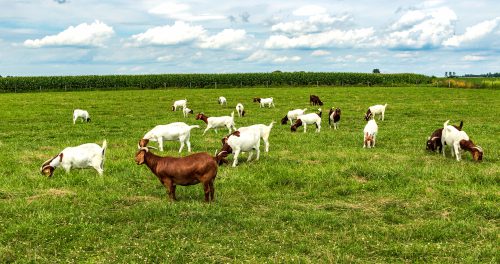 Goats are also master escape artists, so you’ll need tall and robust fencing around their exercise area. The size of enclosure you’ll need will depend on what you want to get from the goats; if you want enough to farm dairy or meat, you’ll need more space to store them, their produce and the equipment necessary to care for them than you would for a few pets.

Most importantly, goats are herd animals and very social. They can become depressed without company — even a pair might not be enough. Plus, it’s worth noting that although goats take up less space than cows, they produce four times less milk in a day and will need milking twice daily while they’re lactating. So, if you’re planning on turning a profit with dairy goats, you’ll need to put the work in to meet demand.

Are you preparing to welcome some cloven-hooved additions to your smallholding? We have a range of equipment that’ll help you care for goats — from bale spikes and transport boxes to post-hole borers. Get in touch to discuss which products are right for you.